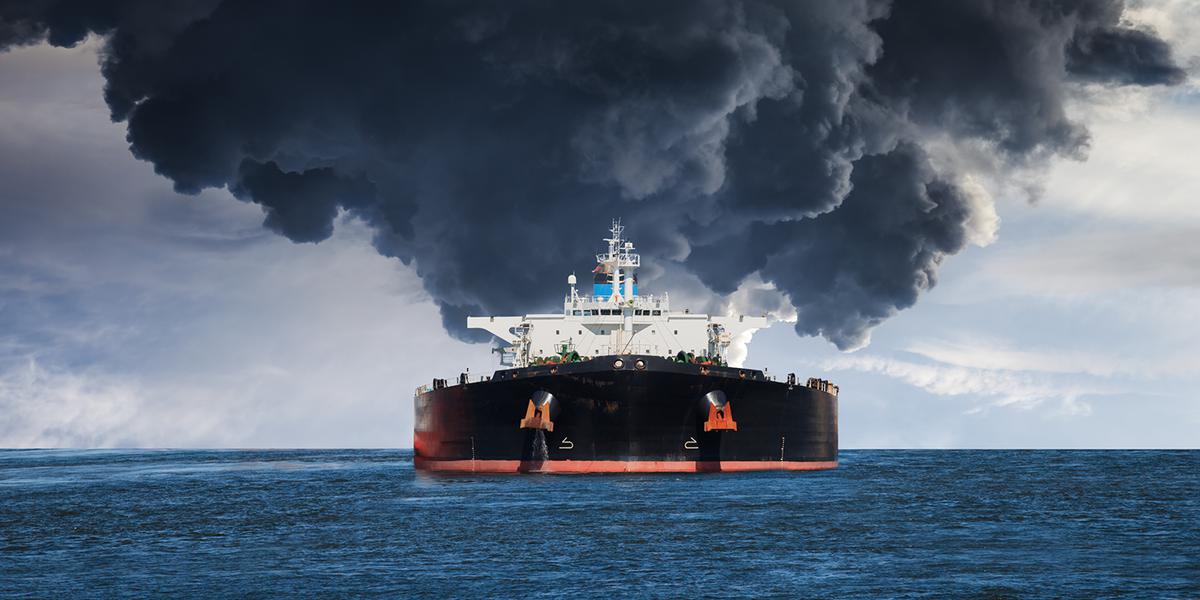 A cap on your ship by the EU ETS

The Current Situation of The Shipping Industry Under EU ETS

The shipping EU ETS proposals are part of the “Fit for 55” package, which aims to cut down around 55% of the overall greenhouse gas emissions by 2030. According to the latest developments, the maritime sector is set to be included in the EU ETS sometime between 2023 and 2026. Therefore, the shipping industry must prepare itself to comply with new regulations and meet the ETS emission cap and trade. In July 2021 the shipping industry came under fire when the European Commission proposed adding it to the ETS carbon market for the first time.

The maritime sector had been outside the European Union’s pollution regulations for a long time and it has been seen as one of the trickiest industries to decarbonize, due to the their lack of adopting commercially viable technologies for reducing pollution. The EU plan proposes to add the shipping industry in the ETS mechanism from 2023. Its main aim is to sensibly reduce emissions from the shipping industry by 2050, compared to 2008 levels.

Under the ETS scope, shipowners would be required to buy carbon permits to cover all their emissions for voyages inside the EU as well as to and from the EU. Price for the permits this year has been as close as $100.00 per tonne, which means shipping companies will be strongly incentivised to increase further investments in low-carbon energy sources. The EU Commission wants to include the entities responsible for decisions that affect CO2 emissions, such as paying for the fuel; be it ship owners, commercial charterers or operators. All these entities will be likely responsible for the purchase of carbon permits. At the moment, the proposal is facing discussions in the EU Council. Moreover, the Parliament and EU countries can ask for changes until the final version becomes law, likely next year.

The concept of voyages plays a vital role in the mechanism. The Commission’s proposal follows ships and not cargo and it obliges shipping companies to purchase allowances for 50% of emissions between non-EU and EU ports and 100% of emissions between EU ports. (The latest amendments to the Commission’s proposal extend ETS to cover 100% of carbon emissions even for incoming/outgoing the EU’s ports, rather than the 50% originally proposed). Computing the total number of emissions covered by the mechanism determines the number of allowances that the shipping company will have to hand over at the end of each compliance cycle.

Historically new industries joining the ETS have benefitted from free allowances in the first few years. Although there will be no such benefits for the shipping industry, the Commission originally proposed a gradual phase-in (meaning in the first years only a portion of the total emissions will be taken into consideration). However, the latest version of the proposal also abolishes the phase-in period.

The period was set to introduce the shipping industry to the ETS gradually. Now, it is set to 100% of the yearly emissions will be accounted for, already from the first year. This will most likely result in a rapid increase in the carbon price per ton because it will add a sensible portion of new demand to the global market. Over time, the high price will affect the type of ships preferred, meaning that the ETS will provide additional incentives to fuel-efficient ships, thus supporting energy efficiency and low to zero-carbon cape-size ships for voyages.

How Can Ships Reduce Their Emissions?

In addition to these measures, ships can reduce fuel consumption by increasing their overall ship efficiency. Some cutting-edge energy efficiency measures can be eligible for voluntary carbon credit generation under the Gold Standard methodologies. Enabling the generation of voluntary carbon credits can later be sold on the voluntary market. And implementing energy efficiency measures on vessels creates additional value for shipowners, reduces the cost of investments, and shortens their payback times.

Introducing the maritime sector in the ETS and approving new regulations in the future will significantly affect the shipping industry. That’s where Aither helps shipowners comply with upcoming shipping EU ETS regulations as well as explore the opportunities given by the voluntary carbon markets.

We offer consultancy and services to energy-conscious industries so they can adjust well to the ever-changing environmental standards. Our customized solutions not only help enterprises achieve their goals but also assist them in contributing to the wellness of the environment. Join us today in the fight against climate change!

REpowerEU: A Response to the Russian Invasion